The Story of "Just Us" 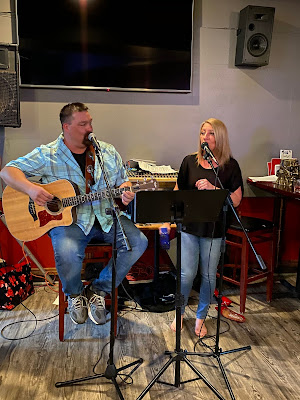 I recently came out of musical retirement, thanks to my friend Chris, and I wanted to write a quick bio for Just Us. Below that are a few photos and video from our first show.

I first met Chris many, many years ago (probably about 20) in Bucksport. We knew of each other back then primarily because I was in a band that played once a month at his hometown bar, Tozier's II. After a few years I eventually started bartending at there, and became friends with a number of my customers in Bucksport, Chris being one of them.

Eventually, I was invited to join his musical project GRI (Gilpin Railroad Incident), a group of local players who wrote and performed original music. I specifically remember a very meaningful benefit we played at Tozier's. I moved on from GRI, but the clan and I remained friends.

Over the years working at Tozier's, Chris and I both hung out in that large group of  Bucksport friends. I saw them all every weekend when I worked at Tozier's, and I went to many gatherings with them (Chris's family threw some awesome parties!). He continued to write music and play with GRI, and they released their first and singular album. He also played in a cover band called Northern Rage.

After a few years, I left Tozier's for work closer to home, but I still remained friends with all of the crew in Bucksport. Life is often circular, and in 2011, I went back to work at Tozier's again for three more years. I reconnected with that Bucksport crew; more hanging out, gatherings and parties, benefits, bar hopping, motorcycle rides, and so on.

I left Tozier's a year after it transferred ownership, in the fall of 2014, because I had become the manager at a bar here in town. Chris and that Bucksport crew became my regulars there. Life was busy for everyone, but I still saw them often in my bar, and occasionally joined them on group motorcycles rides.

I took a shot at a project with a few guys from Belfast (who I had met at Tozier's), and we made an attempt at a killer band (but very short-lived), Bitter Grace. Chris continued to write music and recorded and released a very popular tune about his hometown, "Small Town America." But otherwise, Chris and I were both "retired" from performing music. Although we didn't hang out regularly any more, we remained friends. And when we ran into each other it was always easy conversation and hugs.

Fast forward a few more years to the present day, and Chris decided to come out of retirement and start playing out again. Everyone was excited when he booked his first show at a local bowling lanes bar, Penny Lane. I happened to make a comment on one of his Facebook posts; "Hey, need someone to sing harmonies? Lol." And that's where it all began...

Before you knew it, the Facebook messenger conversation went from me just singing harmonies, to me coming up to do a few tunes, to us becoming a duo act. It just kind of happened. Suddenly, Penny Lane was not just Chris's show, but the break-out show for Just Us.

I drove out to Chris's house one night after work for one quick practice before the show. We went over 20 songs or so, and decided we'd be alright. That would have to do. If we hadn't practiced it or didn't know it well, we'd just wing it. Or, as Chris would say, "pull it out of our butts."

We couldn't decide on a name for our act, so we put out a poll on Facebook for our two favorites. Our name was chosen the day of our first show at Penny Lane. After votes were tallied, it was oddly coincidental to discover that Chris and I had both voted for the winner; Just Us.

The show was a huge hit! We did "wing it" a few times, and "pulled some stuff out of our butts," but the show went off without a hitch. We had an amazing turn out and excellent crowd response. And the club loved us. They loved us enough to book us right away again for next month. We've also already booked a St. Patty's day gig at my bar, Jester's, and a show on the Stonington pier for 4th of July. I expect to be able to easily book us into the local bars once word gets out about us.

After looking back on it, watching some videos, and talking to our "fans," it's clear that neither one of us should have had any doubts. Chris and I have deep bluesy voices that just happen to sound great together. We have incredible musical chemistry, and similar personalities that make the show even better (although Chris is definitely the sillier one!). After that first show experience, I coined our motto; Just Us is two parts music, one part comedy, and a whole lotta fun! 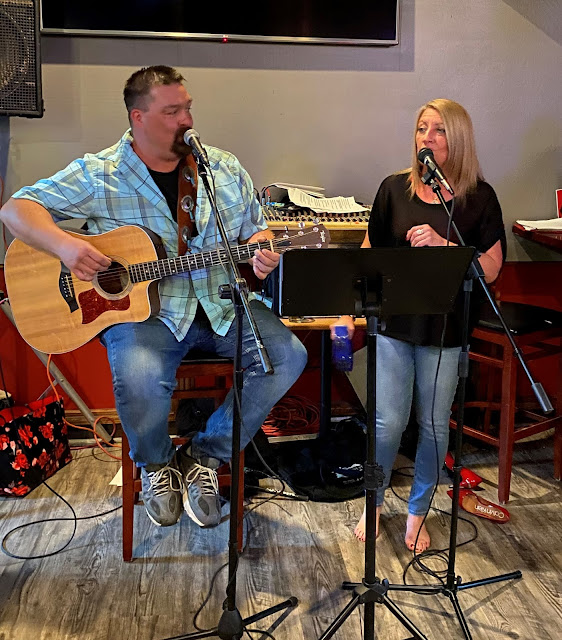 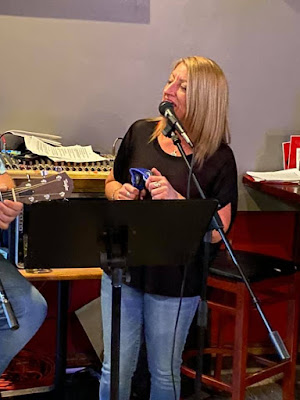 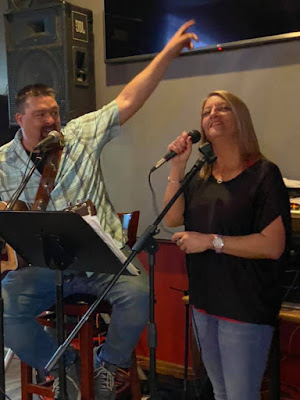 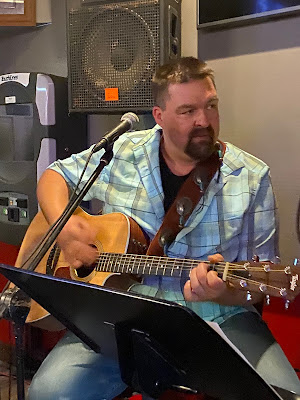 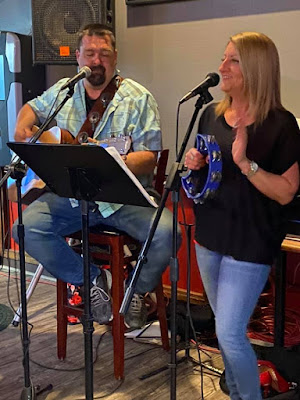 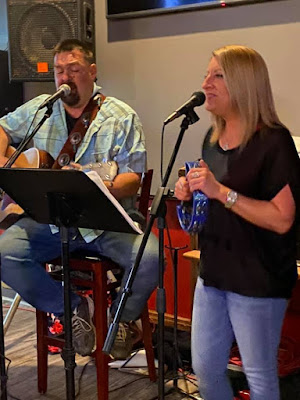 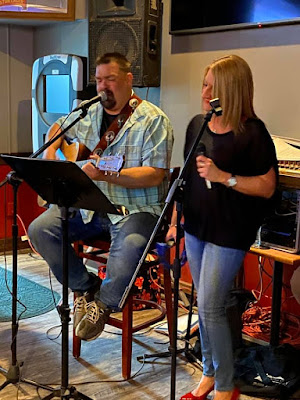