A Night in the Life of a Black Man in Maine 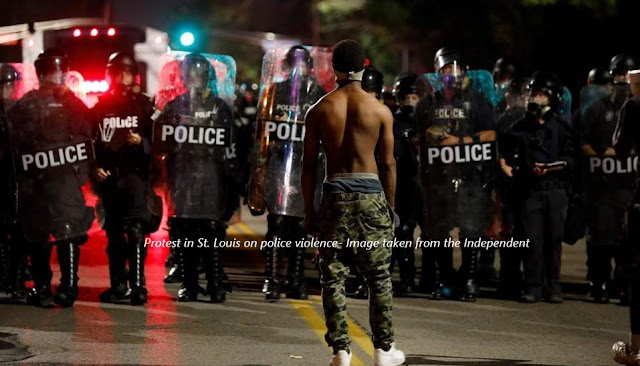 It is worth mentioning, that the man in this article is not inspiration for the story; he doesn't deserve that. I only wrote it because it was an example of the racial discord in our community.
Racial demographics in Bangor are White/Caucasian 91.76%, Black 1.5%.
This story was taken from the participants, multiple witnesses, and the public police report. All names have been changed for privacy.

On December 20, 2016, bar staff at Carolina’s in Bangor, Maine, called the police to report an altercation involving a “black man who had a knife.”

A young couple, a black man and his white girlfriend, were at Carolina’s that Tuesday night. "John" and "Jane" had only been at the club for a short time (and neither of them were intoxicated), when John went outside to smoke a cigarette. Suddenly, a white male came rushing out of the bar, slamming the door open. John made a remark about being hit by the bar door, and the man began yelling racial slurs and pushing him. John tried to defend himself, and the man jumped on him, knocking him down, and began choking him. The assailant was a regular of the nightclub, and a close friend to staff members. The altercation was broken up by the bouncer, who grabbed his friend, and brought him into the bar to hide him from police. John made his way back inside to find Jane and tell her what had happened.

When Officer "Joe" arrived in search of the man described in the call, he entered the bar stealthily, taser drawn. He did not announce his presence or identify himself as a police officer. John was standing in a crowd of people with his back turned, unaware, and Jane ran to him to warn him of the ambush.

Other officers began arriving and entered the bar. They pushed Jane aside, grabbing John, repeatedly yelling “Get on the floor!” John immediately dropped to his knees and raised his hands, exclaiming, “I’m on the floor, my hands are up! I am not resisting!” (Later, John expressed that he felt he had to exaggerate his cooperation, considering the current social climate and instances of prejudice and violence against blacks). The group of officers punched, elbowed, and kneed John about his head, shoulders, and back, forcing him face down on the floor. They handcuffed and lifted him, and dragged him outside to put him into a cruiser.

Jane followed them outside, visibly upset and shaken, asking the officers why John was being arrested. An officer turned and grabbed her by her coat collars with both hands. He shoved and shook her with enough force to cause the contents of her coat pockets to fly out onto the ground. Enough force that Jane would have fallen, had the officer not had a tight grip on her coat collars. He spun her around forcefully, handcuffed her, and told her she was under arrest. Jane asked several times why she was being arrested. Jane requested a female officer several times before and during the pat-down, to no avail.

Six hours later, Jane photographed her wrists, which were still swollen and bruised from the force used with the handcuffs.

Several witnesses supported John and Jane's story with those clear and consistent details (none of the witnesses reported seeing a knife).

The police incident report listed five responding officers, but contained statements from only two. Those statements were quite different from the young couple's story and witness recollections. Except for one thing; the report noted that there was NO knife in either of John’s hands.

Officer Joe stated that he yelled to John loudly and repeatedly, identifying himself as a police officer. He stated that he entered the bar with his taser holstered, and only drew it when “seeing the man going irate.” His version of the use of force was; “I grabbed on to his left arm bringing him flat onto the ground. He was still yelling and flailing around. I applied a straight arm bar to his left arm so that I could place it behind his back. Officer Joe was able to place his right arm behind his back and he was placed into handcuffs.”

Another officer’s statement regarding Jane was; “A female came running out of the door and began yelling at us. She ran up on us and would have kept running at the other Officers if I had not pushed her back.  Officer Joe advised us to place her under arrest as well and we did.  I walked her to my cruiser, did a brief pat down for weapons and placed her into my cruiser.”

The bouncer and bartender both told police that they did not know the original assailant (who assaulted John outside). They told police that he left the scene, and that they did not know where he went. Officers discovered the rouse and found the man being concealed inside by friends and bar staff. He was arrested and charged with disorderly conduct, fighting, and violation of bail conditions. The term "hate crime" was never mentioned.

Interestingly, there was only one witness statement (from another bar patron) that closely resembled the truth. Unfortunately, her statement wasn't recounted comprehensively in the incident report.

One of the officers later followed up with the nightclub to take a statement from the bouncer (reminding him that it could be used in court and that any false statements made could result in criminal charges). The officer requested footage of bar video surveillance. The bouncer said that he didn’t have direct access to it, but that he would get it from the owner.
Footage was never provided to police.

John was charged with disorderly conduct and refusing to submit to arrest. Jane was charged with obstruction of a government agency. They both asked for copies of the police report and were astonished to discover the discrepancies. They requested police car dash-cam footage, and were provided with footage from one (of several cruisers) that did not have a view of the incident. They also requested footage from the bar’s security cameras, but it was not provided by the club owner, and authorities made no more attempts to retrieve it.

John and Jane wrote a lengthy report of the incident for the District Attorney’s review, and attempted to argue their case. The DA offered lesser pleas of no contest to disorderly conduct. The young couple lacked the financial ability to defend themselves in a trial, and had not been offered court appointed counsel. After lengthy deliberation with a very persuasive DA, and under duress, they both accepted the plea deal.

Two respectable young people now have criminal records that will follow them throughout their lives. John was targeted, abused, and then judged, based on the color of his skin, and Jane was automatically guilty by association.

They were discriminated against by the staff and clientele of the nightclub, by the police, and by the DA. It is the story of a "minor" incident in sparsely populated, tight-knit community, and will never receive the attention it deserves. Unless we speak it. Unless we share it. Unless we shout it loudly from the rooftops of our small and narrow-minded town.

Multiple officers overwhelm black man after he is assaulted outside Bangor nightclub; bar staff hide his assailant inside