Skip to main content
on February 11, 2017
Again, it's been a month between blogs. Just seems to be the way, doesn't it?
And again, nothing much changes. Well, a little. Not much.

I've recently made the hard decision to let Flash go. And not to just anyone. I didn't advertise, I didn't actively seek a new place for him to go. But I did know a family who owns a farm in the area who recently lost their aussie. Maple Lane Farms, in Charleston. I've known some of them for several years, I met them through the boy's dad, years ago. It's a beautiful farm, and a wonderful family. Flash will get the work and activity that he needs, and the attention. Maybe we'll even see pics of him during their team penning and sorting events. :)
Half the time here he's crated (I'm always working or busy doing something). He's not getting what he needs. He's bored. He's antsy. Between the boy being gone three days a week, and my busy schedule, he's not getting the attention he needs either. And that's my fault. Not only was I mistaken when I chose this breed, I was probably mistaken when I chose a dog, period. My life might be lonely, but evidently it's still too busy for a dog. Sigh.
He goes to the farm tonight after I get home from work. I'll cry, no doubt. I'll miss him, and yet I won't (the little bugger did drive me crazy). Just chalk it up to one more failure on the Crista list.
Anyway...

Maybe I can get a cat. They're less work. They don't require me to be home more than I possibly can.
Then again, the landlord won't allow it. He didn't allow animals at all. I had to email him my prescription for a service dog and all kinds of other paperwork in order for him to allow Flash. (Yes, as Maine law stands, a service animal can be either an animal trained to perform specific tasks, or an animal prescribed by a physician to mitigate the conditions of a disabling condition. A psychological one. Yes, I'm a bit crazy. :)
Anyway....
I've pitched the idea of a cat to him via email. I haven't gotten a response. I don't expect one.
Maybe I'll just get another friggin fish. The last one died a couple months ago.
Well, maybe I should just get a stuffed animal. That might be best.

Pipes are frozen this morning. I probably could have prevented that if I'd left my water dripping overnight. But I was a dummy and neglected to do so.
This house has been a nightmare all winter. Using up propane at a rate that I can hardly afford. And yet it's always cold in here, always. No insulation and the lake wind. The pipes freezing up often. Did I mention the cold? Grrrrrrr. It's always so damn cold in here.
But I hate the idea of leaving the lake. I love it here during the summer. I just love it. There is nothing, NOTHING like waking every morning to sit beside the water. Or coming home after work to it. It's been my dream, practically all my life.
Sigh.
I don't know what to do.
There's still the option of buying that trailer near the boy's dad's house. I haven't been in it yet, the owner still hasn't made time to start the repairs to it. Which is fine, because I need more time to decide anyway.
I'm torn.

Work is good. Tough time of year, but we're squeaking through.
I love my little bar. I hope it's "my little bar" for a long time. But I worry. What's new, though? I worry about everything.
I wish I could stop worrying...

Speaking of which, the boy is doing ok. He still has days when he's obviously not, but some days are ok. He's still a changed kid, unfortunately. I suppose he will be for life. And for that, I still hate the universe. I hate it for giving this to my child.
Basketball is over for the year. Despite the problems with the coach, he enjoyed the season. I hope he isn't jaded by this experience; I hope he still tries out for JV next year.
He wants to get into motocross this year. UGH.
As if I don't worry about him enough as it is.
Worry.
Worry.
Worry.

That dog drives me crazy. But it's sure going to be lonely around here. Again. Still.
Story of my life. 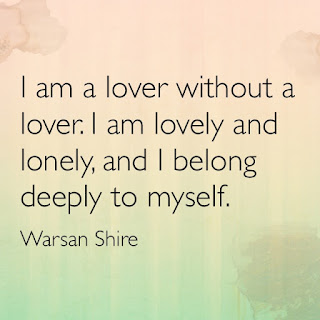