Skip to main content
on February 14, 2016
Parental advisory, preface, forewarning, caution, etc, etc, etc...
This may be offensive. You might take offense to my openness on private matters, my opinions on lifestyle, political position, behaviors, blah, blah, friggin blah. You might be offended by my language (yes, I'm going to fucking swear)...
Quick, hit your browser's back button if you're a sissy.

I have literally been plotting a blog all weekend.
And why wouldn't I be? It being Valentine's weekend, and I, being the misanthrope that I am... it's a perfect combination for blog fodder.
And yet, here I sit. Quite speechless. That's not to say I have nothing to write about. Quite the contrary, actually. It's just that my brain overload is causing too much clutter to properly put it all together cohesively. Not writer's block, per say, more like writer's ADHD.
Damnit.
And so, I've decided to make this blog a combination of quotes, memes, videos, and little snippets of prose. And hopefully, it all makes at least a little bit of sense in the end.
And although you may not be interested in listening to the song(s), I encourage you to, in order to follow along/understand the thought process. J
If you are, in fact, actually that interested. And if you are, in fact, that interested, then I thank you. J

And it's going to be lengthy. Sorry not sorry. But there's a bunch of crap in my head that's GOT to get out. Hey, it's cheaper than therapy.

Parts of it will also be quite personal. And some will find it offensive as well. Offensive, or just plain curious. Perhaps wondering why I would write about such personal things. My ex-husband (my lovers, friends, family, in general) always wonder(ed) why I write about such private things. I could never, and still can't answer that question. 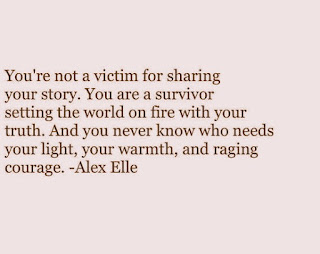 This weekend I've been quite manic, unfortunately. I say "unfortunately" because mania is not nearly as fun as it sounds. I'll try to keep this a brief mention, without going into the specifics. But it's difficult to do so (writer's ADHD). It all began sometime mid-week. Thursday morning was entertaining; a whirlwind of incoherent thought, hyper-activity, excessive chatter. My fellow employees (and the couple customers) thought it quite amusing, and we all had a good chuckle. I knew it was mania, yet I laughed right along with them. Ha ha, look at Crista, she's so funny. That's the tolerable part of rapid-cycling. Then there are the intolerable parts.. The very, very frustrating inability to moderate your own emotions. The unavoidable compulsions/impulsivity (in my case this weekend, over-spending). The irritability; and I'm not talking about your normal, run of the mill irritability. The drastic and inevitable low that seems to follow everything; the shut in, the shut down, the empty.
(For those that haven't always been familiar with my life/blog, I'll catch you up very quickly... The terms that the many professionals in my life have used over the years have been- Bi polar, obsessive-compulsive, borderline personality disorder. My father's side of the family has a history of mental illness. My grandmother was very heavily medicated throughout her life. My father self-medicated with alcohol. And he poisoned himself to death with it. There, all caught up.)
I've tried various therapies over the years. Counseling, meditating, holistic crap, blah, blah, blah. Few different meds over the years. I didn't like them for one reason or another. They kill your sex drive, they make you fat, they make you emotionally flat, they make you feel (more) crazy, etc, etc, etc. I'm trying a new one right now. I just started on it two weeks ago and it takes a bit to get into your system. I'm hoping it helps. And I see a new psychiatrist in two weeks. We shall see. Anyway, it has been an emotionally trying weekend.
Week. Month. Year. Decade. Lifetime.
But I manage. I live a very normal life. I'm not crazy, as crazy as I may sound. 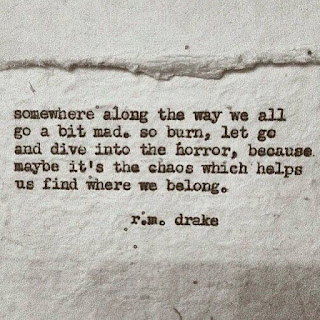 It was probably an emotionally trying weekend in part, because it is also (cough, choke, gag) Valentine's weekend.
And (here comes more personal/private shit) it marks the year anniversary for two separate things... A year ago on one day, my husband served me with divorce papers. And a year ago on another day, I shared a first kiss with the person I am still currently seeing.
Combine those things with Valentine's day and you have the perfect emotional trifecta. Ugh.
And yet, it is difficult to find this weekend particularly celebratory. Perhaps it's the odd combination of those events coinciding. Or perhaps it's that I had just hoped for.. more.. on this Valentine's. More of.. something..
As far as relationships go, I feel like perhaps this is how Mom used to feel. Always competing with some invisible (or, not really invisible at all) monster in her relationship. Like a third partner that got in the way of it ever being really good, or really okay or really.. well, really anything at all...
Listen. Just listen...

Speaking of relationships... My lazy Sundays are normally spent browsing facebook all day. I saw so many happy couple profile pictures.. And it agitated me with such ferocity that I had to close that browser. Have I become that much of a love-Grinch? How? Why? I was once (or twice) so in love that I made other people sick. I was once (or twice) so love-struck that I saw hearts and flowers and rainbows and unicorns and butterflies... What happened?
And then I opened that browser again. Because, like a horrific accident, you just can't stop staring. And so that begs the question. Am I actually a love-Grinch? Or am I just depressively envious? 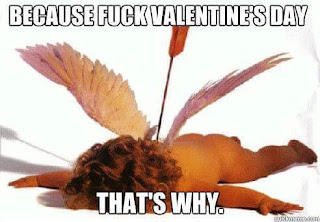 Speaking of love...
There is one thing that Trump and I have in common, but just ONE.. 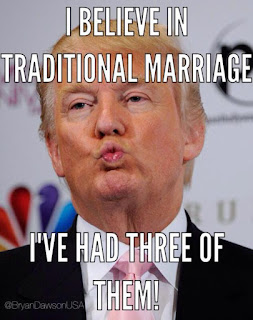 Don't be a chump, don't vote Trump.
That is all. Moving on.

Thank GAWD my boy comes home from his Dad's today. If I have to spend one more moment alone with myself, I may actually go crazy (as if I weren't already, I know). With my luck, this will be the day he decides to spend an extra night at Dad's. Pffffft.
At least it's February vacation, and we'll get some extra time to hang out this week. That will be cool.
He had his semi-formal this weekend. I missed it because I was at work. Fortunately the other moms took lots of pictures. He looked so handsome. And so grown up. Even the thought of it now (him growing up) makes me sob. It's awful. (This whole inability to regulate emotions thing is a real pain in the ass. Friggin A. Get a hold of yourself, Crista. Jeezus.) Anyway...

Hopefully I won't smother him too much this week. I probably do smother him. Suffocate him.
Norman Bates's mother. Sigh.

I can't help it, though.
I feel like he's all I've got. Him, and work.
And my daughter, who is busy living her life, as she should be. One, maybe two close friends, who are busy with life, much as I am.
Only two people truly "got me". Knew me. One drank himself to death almost three years ago, and the other one is in his new life, cruising the Atlantic ocean somewhere.
Sigh.

It's an odd sensation, loneliness. And I don't speak of loneliness in the sense of not being surrounded by other people.. Perhaps lonely isn't even the right word. Maybe lost is a better word. But it's not as desperate as that, really. Not as desperate as empty, either. But it's something likened to those words.
Something... Lost, empty, searching, missing, wandering, lonely... Gah. Damnit. Writer's ADHD.

So many missed opportunities. So many stumbling blocks in this lifetime. Failed attempts. Wrong turns. Mistakes. Broken things.
So many. Broken things.

And since it would be terribly uncharacteristic of me to end on such a serious and depressing tone, I will just leave this right here.... 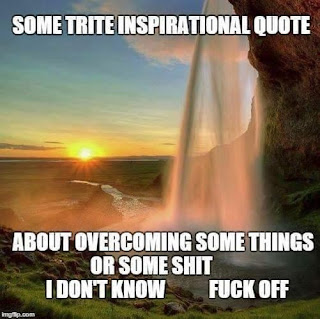