Skip to main content
on August 23, 2014
Has it really been nearly two months since I've written? How odd.
(I just now realized that my last blog started out with that exact same line)
There seems to be a pattern forming. Long ago, I would write daily. Then it became twice a week or so, then once a month, and now, well, a whole lot less.
Funny, that's the typical pattern for me with most things I am passionate about. I read books, no- I devour books. Then I'll go a year without picking one up. I make soap or candles or various other crafts, spend hours a day toiling away at the hobbies. Then, I just quit. College, jobs, relationships, hobbies, bands... I could list countless examples, and the stories would all be the same. Start something- and not finish it.
Well, except dogs, I never lose interest in dogs.
Huh.

I guess today I'll just vent. I've actually needed to for some time. And since I'm no longer seeing my therapist, it seems there's no other outlet than this blog.
So, on with it.
This will probably be a lengthy one; get comfy.

I miss my dad. It's been just over a year he's been gone, and it feels like an eternity since I've seen him, hugged him, talked with him. I think of him every day, still. Sometimes with fondness. Sometimes in anger. Him leaving us could have been prevented. He had the power to be well, to live. And yet, he chose not to. He chose to continue slowly killing himself. Addiction is a disease, yes. But I believe that we have the power to fight it. Dad certainly did; he was the strongest man I ever knew. And he had the support system, well, for the most part. He had us. But he chose.
People wonder why I have such strong opinions about alcohol, or substance abuse/addiction in general.
I watched it kill my father. That's why.
How ironic that I work as a bartender.

Speaking of work..
I work hard. I am honest. I don't f&%k around. I'm getting paid to work, and that's what I do. I don't wear next-to-nothing. I don't drink (or do anything else) with my customers. I'm not wild and crazy. I'm not the "funnest" bartender ever, and certainly not the most popular. I just do my best to do what I'm getting paid to do, and be "fun and friendly" without going overboard. I don't care if the workplace is a bank or a bar; there has to be some level of professionalism and dignity at work.
And yes, sometimes I hate what I do. (Probably because of aforementioned issues). But sometimes, you see things in a bar that aren't sad and pathetic and disgusting. Times like yesterday, when I watched the Exiles gather in massive numbers to honor one of their brothers who had passed. Now, I don't know anything about biker clubs, or the way they operate, but I sure as hell know about losing a family member. And yesterday was so moving, even to me, an outsider. Yesterday, just being their bartender was an honor. 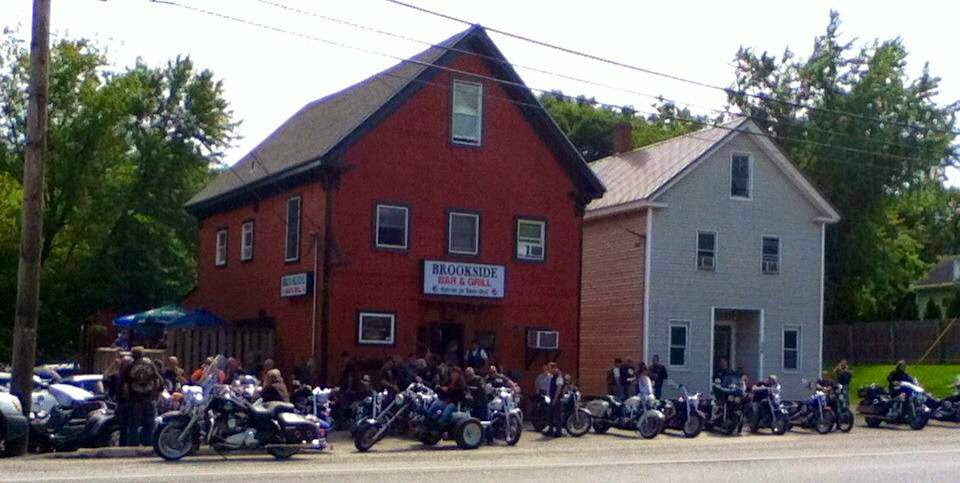 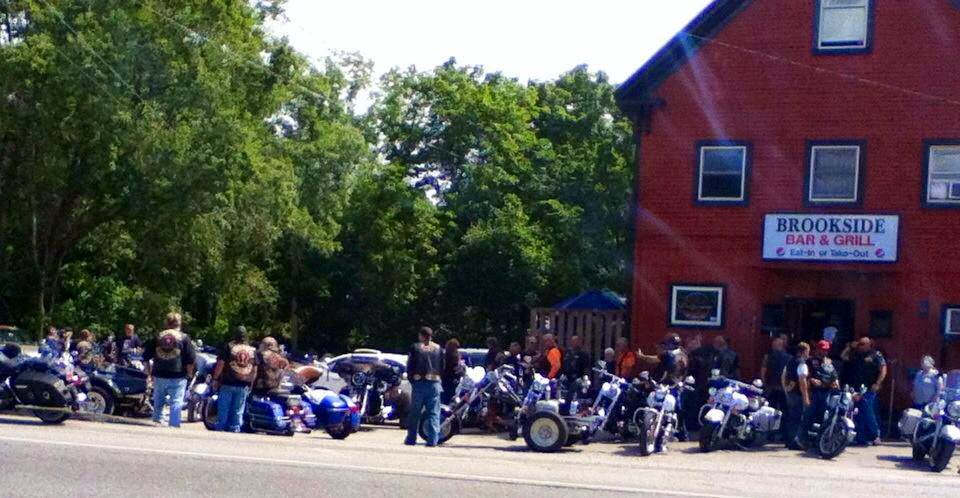 Yesterday was stressful too, though. Not because of work, but because my oldest fur-baby was at the vet. Sel has been sick for about a week now, vomiting, and acting lazier than usual. Logan took him, and kept me updated while I was working. His blood and stool samples came back normal, but he did have a very high heart rate. Oddly, the last time he had a "spell" where he was lethargic and not eating, his heart rate was also elevated (I check the dog's vitals whenever they are acting funny.. yes, I am over-concerned). Tachycardia is treated with a beta blocker, and he will probably remain on it for the rest of his life, however long that may be. He is a senior citizen at 8 1/2 (life expectancy of a Dane is 7-10 years). I suspect his heart will fail him eventually. But hopefully not soon. I couldn't bear losing both my older boys...
...Because then there's Hercules, who is progressively getting worse, almost daily. The Wobblers, Hip dysplasia, elbow dysplasia, and growth plate abnormalities in his front legs are all finally starting to do him in. He hobbles around when he is up, and lays on his bed most of the day, rising only to eat or go outside to go potty. He is only 5, and the absolute love of my life. I cannot stand thinking about the decision we will have to make soon. But I know that once the snow comes, Herc won't be able to get around outside.
Damn dogs. They break my heart.
But the pup is doing well, good old Phineus. He's such a pain in the ass. But he is Herc's nephew, and the grandchild to my Sel and Liberty. The one last link to my legacy, and the memories of my beloveds. I fear he will be the only one in the house, all too soon.

And all these unexpected vet bills... dentist/orthodontic bills, vehicle repairs, unexpected expenses, higher-than-normal utilities, etc, etc, etc... has made living financially this summer extremely stressful. This house, as much as I love it, is the most expensive home we've ever had. And winter is coming (as they say in Game of Thrones)... I often wonder how we will afford to heat it. We couldn't afford any trips with the kids this summer. Or many fun things at all, really. That makes me sad. Yes, they have a nice home, they have our love, bla bla bla... But you and I both know that kids don't see things the same way as we adults do. They don't recognize and appreciate those things, as we do. I feel awful that Dawson will go back to school, and when asked- "what did you do for fun this summer?", he will have nothing much to report. I wish I could do more for them.
Groceries, necessities, house payment, medical bills, vet bills, utilities... and just barely covering those, scrounging to be sure they are all taken care of. Nothing extra, nothing that isn't absolutely needed. I've spent most of this summer stressing about money. Every day, lately. Living paycheck to paycheck, barely, as many other folks do. It has not been terribly enjoyable.

Speaking of this house... Even as expensive as it is, I am in love with it. Now, if I could pick it up and put it in the middle of a field, it would be even better.  :)  I am still trying to adapt to neighborhood living. All those years out in the country, and now I have neighbors. Yuck! No mowing the lawn in my pajamas anymore. And next week begins my commuting every day back and forth to Glenburn to get Dawson to and from school. That should be fun.

Speaking of Dawson... Earlier this summer when I was writing, he was choosing to stay primarily at his dad's house. That phase has passed, thank GAWD. He's been staying here with us all week, as usual. Sometimes even choosing to stay through the weekends, and spend more time with us. Although, I worry that once school starts, he will want to be at dad's more again, to hang out with his Glenburn friends. I don't know. I guess we'll wait and see. But I have been loving the time he's here. And even though I've been "sharing" him for several years, I still hate to see him go every weekend. I don't know if I'll ever get used to that, I guess.

Logan technically moved back home with us this spring, after living with her father's side of the family last year. Although, I rarely see her. She spends most nights at her friends' houses, or god knows where. She doesn't talk to me much. She is in the throws of that age where everything is all about her. She's living her life, making her own choices. She can do that now, she's an "adult". It's all quite frustrating. Half the time I'm angry with her, and the other half I'm consumed with worry. Damn kids.

There's talk of a potential musical endeavor. But that's all it is right now; talk. I do miss performing. I don't know if I could do it again or not, realistically, for several reasons. But it's fun to think about.

Well, I guess I've wasted enough of the morning, and had enough coffee to become one of the living. Gotta go buy dog food, and poop scoop the yard before work.
Living the dream.