Skip to main content
on June 11, 2013
Over the weekend they moved dad out of ICU and onto the third floor.

His white blood count continues to inch up daily as well. All the doctors keep saying that this is from the hepatitis and his body's overall decomposition. And also the prednisolone (which is the drug they are giving him that helps kidney function, evidently it increases the WBC).

The other day he developed severe swelling in his abdomen and legs and feet. It happened almost overnight. Sunday they did a CT scan of his abdomen and yesterday they did an ultrasound. They are attributing his leg swelling to being in bed for so long.. although his feet are blown up like footballs. They were giving him a medicine called Lasix to reduce his fluid and swelling, but that increased his creatinine levels, so they stopped giving it (It's always checks and balances). They now have him on a restricted fluid intake, I think only a liter a day. They did "tap" him yesterday . They removed 2 liters of fluid from his abdominal cavity.

He doesn't want to get up and sit on the edge of the bed, or try to get into a chair, because he's afraid he doesn't have the strength. And he keeps saying he's too tired to try. He's "wiped", he says. We're not really abiding by his wishes anymore though, and Sunday, we got him into a wheelchair. It was QUITE a production. Actually, getting from the bed into the chair wasn't the hard part. It was after he'd been sitting up for a while (and getting more and more tired) that we had the issue. He did fall, and five people later, he was back in bed. But at least he got cleaned up a little... He had (FINALLY) agreed to cut his nasty long hair and beard! So, I spiffed him up, and he looks like a new man. Although he looks much better than he actually is.
He wasn't able get out of bed at all yesterday.

Late Sunday night, they had to move him to the cardiac side of the third floor. His heartbeat had gotten more irregular, and they found that his troponin levels are up (as I may have mentioned before, troponins are enzymes specific to the heart, and elevated levels indicate heart damage and heart attack). His levels were already elevated, but evidently they increased further. His blood pressure is still very, very low.

His mental capacity is still diminished... That's obviously from the encephalopathy (the general term for brain injury. But mainly for dad, swelling or damage to the brain from years of consumption; otherwise known in the business as "wet brain"). Plus the toxins associated with cirrhosis of the liver that eventually permeate the brains protective lining (hepatic encephalopathy).
Although these last couple days he hasn't been telling any stories or having any more hallucinations that I know of. But he did ask me yesterday if we managed to get the seats back in my truck (which we did months ago, in the SUV that I no longer even have). Now he just seems exhausted and sometimes confused.

His mobility is a HUGE issue. He has very little (if any) strength in his legs. From his painful arthritis, and mostly the last year of deconditioning. He will get an eval soon for occupational and physical therapy. He needs to become more mobile. I ask about the eval daily, but I think they are waiting for him to become more stable before it happens.

The Doctor did say that it took many years for him to get this sick, and that it will take a long time to see any significant changes. But he will be living with liver and kidney disease, and heart damage. The organs may heal themselves to some extent, but they will never really recover.

We had a little family uproar here when the POA (Power of Attorney) and Guardianship came around. And things are still very tense. No one seems to understand why I was so hurt by that situation, and so I will try to explain...
When originally doing up the papers with Dad, he asked if Sharla and I could be "co-POA's". But that's not how it works. One person has to be first, ultimately yielding all responsibility. After a lengthy discussion at dad's bedside (so, he was privvy to this conversation), Sharla and I decided to put my name first on the POA and guardianship, under the understanding that we would confer on all decisions.
Later that afternoon, when the social worker came to dad's room to notarize the papers (and I had already gone home for the day), the change was made, and Sharla was put first as POA and guardianship. As per dad's wishes, in what I considered his diminished mental capacity, and in my absence.

By no fault of her own, Sharla has been in Portland for the last year, and has rarely had opportunity to visit. She did not bear witness to Dad's quality (or NOT quality) of life and his rapid degeneration. She has been mom's ear and support. She saw mostly one side of the story, moms side. While I was here next door, making sure he had something for dinner, calling and emailing him daily to be sure he hadn't fallen, going up to the house to check on him, driving him to the doctor's, mowing his lawn, buying him knee braces, elevated toilet seats, shower stools (which he never used), and yes, picking his butt up off the floor when he had fallen. More than once.
Not to mention how close Dad and I have been for many of my adult years. And I think that's because we are so much alike. I am a carbon copy of my father, inside and out. I know his quirks, I understand his moodiness, I can relate to his constant need for change, his desire to always seek out fulfillment, his love for music, and animals, and hobbies (as varied as they have been over the years.. much like me), his beliefs, his inner workings ... I know this man. I get him. And I think he recognized that over the years.

So yes, the change on the paperwork (in my absence) took me by surprise, hurt my feelings, caused me to be skeptical, even suspicious. But mostly just hurt.
I've already rationalized it with things like- It's because Sharla is a nurse.. It's because she was who was standing in front of him at that very moment (considering his short term capacity and confusion).. It's this or that or whatever... But it's still been the proverbial thorn in my side for these last few days. It's painful.
Regardless, I am in hopes that we will all pull together to make the right decisions for Dad. I will have to trust that we can. I am trying.

Whenever he is well enough to leave the hospital (and no one knows when that will be), he will go to a rehab center for more physical therapy and continued healing. What happens after that is still undetermined. Nursing home or assisted living? Or perhaps the ability to live on his own? (which I doubt).. No one knows yet.
And where will they go? (They meaning him and Mom)... If I had to guess, I would assume that Mom will take early retirement and they will go to Portland. She has wanted to move there since Dad was let go from Harvey RV about a year ago. I guess I wouldn't object to that, as long as whatever family is nearest to him will be able and willing to see him. More often than they have this last 6 months-year.

He does seem to realize how sick he is. I think he wants to get better. It's hard to tell with him. These last several months, he has just given up. I don't know if this will change that for him or not.
Even if he wants to, he will need a COMPLETE lifestyle change to get a few more years out of his body. Even IF he is able to have some semblance of unassisted living, Alcoholism is a disease, and I don't know if he is strong enough, motivated enough, to conquer it.

Yesterday I brought him some large photos of some of the things he loves (his "fairy garden", his jeep, a corvette he used to own- he loved collecting and trading old cars, Bampa's tractor that he restored, etc). I hung them on his wall to give him something pleasant to look at... but more so, to remind him of his vitality, and that there were parts of life that he loved. 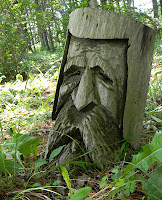 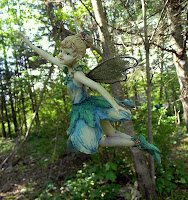 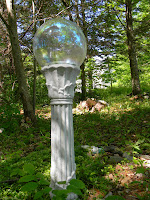 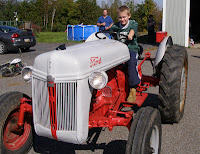