Skip to main content
on June 25, 2013
I had the very sad honor of writing my father's obituary today... 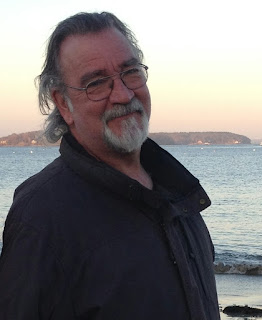 GLENBURN - Glenn J. Jakacky died peacefully Monday, June 24, 2013 in Bangor. He was born on February 1, 1951, in Pittsfield MA, to the late William and Grace Jakacky.
Glenn visited Maine in 1969, where he met Tina (Smart) Jakacky. Glenn and Tina married, and lived briefly in Massachusetts before making Maine their home. Over the years they shared their passion for music, performing in multiple bands together. Glenn was known as one of the best bass players around. He was a traveling soul, and the family called many different cities and towns their home. He spent his lifetime working hard, and was also a well renowned RV technician. In his spare time, Glenn loved restoring old cars and jeeps (and his father-in-law’s beloved antique tractor), performing music, playing with his dogs, watching the birds, tending to his “enchanted forest”, and exploring the coast with Tina.
Glenn is survived by his wife Tina and their daughters, Crista Jakacky and husband Troy, Sharla Moretti and husband Gary; grandchildren, Logan Norton, Dawson Emerson, Avery and Colby Hamor, and Kayli Varnum; siblings, Laura Garrity and husband Bob, Bill Jakacky and wife Christine, Mary Larkin and husband John; mother-in-law Georgia Smart, and many nieces, nephews, in-laws, and extended family. He is predeceased by his parents, his brother Wayne Jakacky, and father-in-law Edward Smart.
A Celebration of Life will be held on Saturday July 20th at 2:00pm at Pathway Wesleyan Church in Bangor, downstairs in the Schoolhouse building, 185 Harlow Street. www.pathwaywesleyan.com